Major depression is a debilitating illness that affects 16 million Americans at an economic cost of $210 billion a year and is the leading cause of disability worldwide according to the World Health Organization.

The economic cost can be quantified, but the cost in quality of life is incalculable. While there are multiple treatments available for depression, some patients, maybe as many as ⅓, fail multiple therapies showing little to no improvement and have Treatment Resistant Depression or TRD.

Many treatment modalities take several weeks to be effective, so just to find out a treatment is not going to work can feel like a never ending cycle of struggle and setbacks to the individual patient.

TRD does not go away easily with remission rates at 12 and 24 months with treatment as usual reported at 4% and 8% of patients, respectively. These are not encouraging numbers. 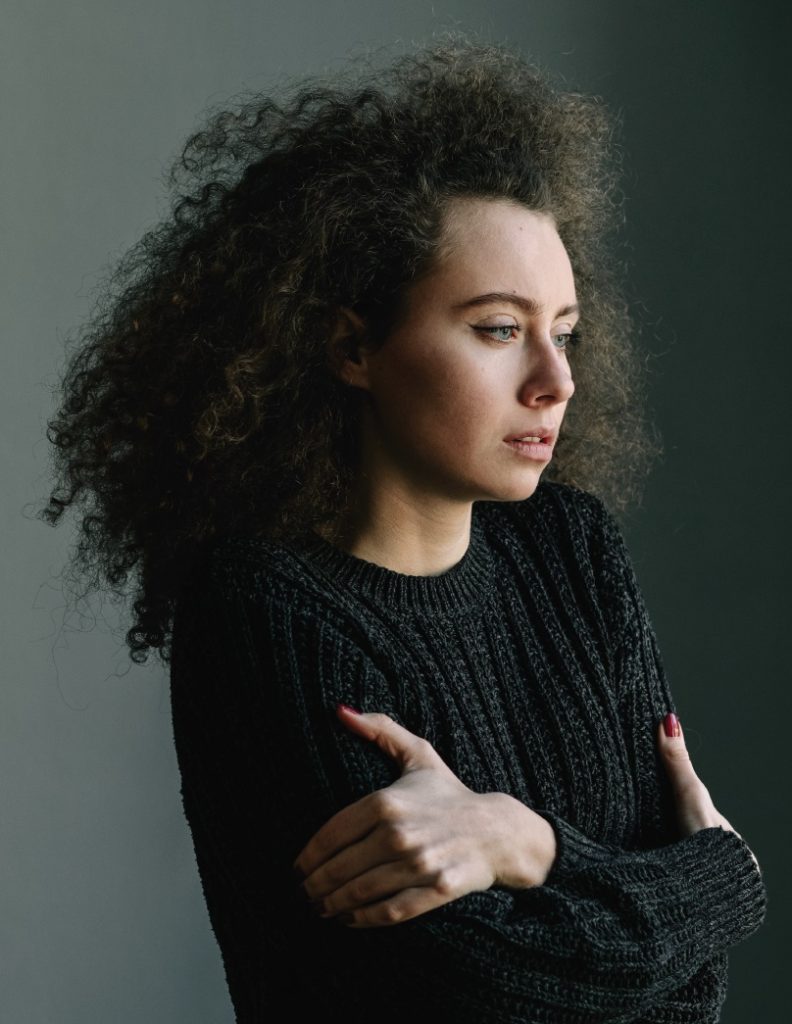 Call Us to Learn More 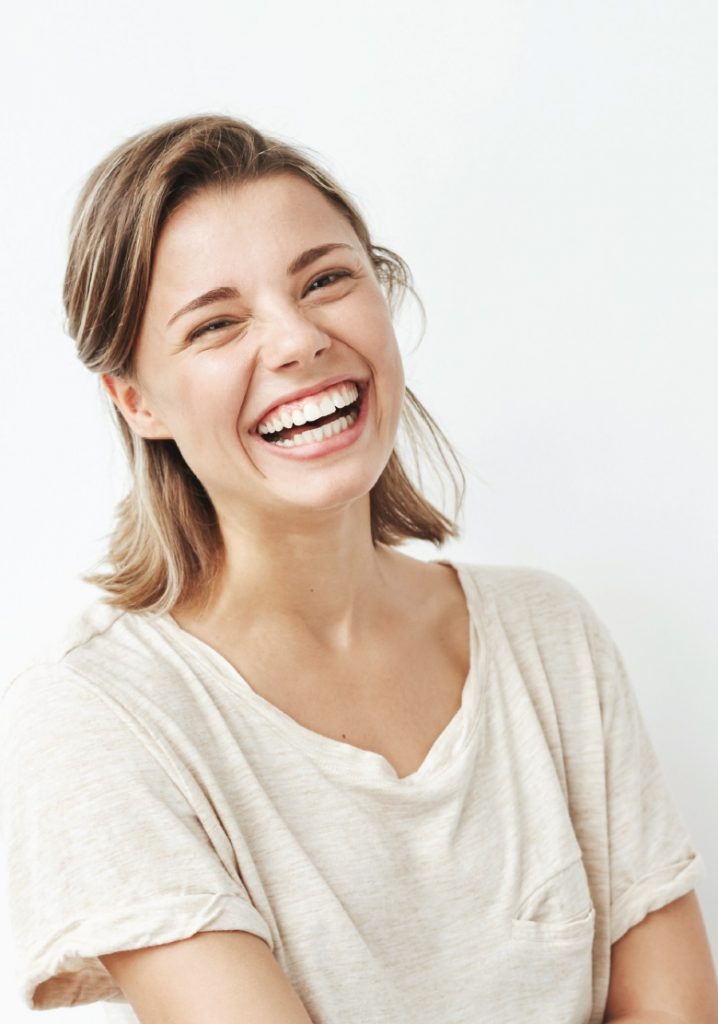 Ketamine was first synthesized in 1962 and approved by the FDA for anesthesia in 1970. It blocks the NMDA receptor in the brain which is necessary for new memory formation. While the drug is active, at anesthetic doses, the effect of ketamine is to dissociate or separate the mind from the body and is thus known as a dissociative anesthetic.

At the turn of the millennium, case reports started to emerge that suggested patients having received ketamine for anesthesia had improved mood following surgery. Multiple research studies were then initiated using ketamine at lower doses, or subanesthetic doses, on depression. The results were nothing less than astounding.

Response to Ketamine for TRD is 60-70%. Compare this to treatment as usual responses of less than 10%.  This efficacy is coupled with the fact that Ketamine typically works in less than 24 hours as opposed to several weeks earning the label of rapid acting.

Furthermore, a single dose of Ketamine can have a profound effect on suicidal thoughts. It is of little wonder then, that David Insel, the director of the National Institute of Mental Health at the time, said in 2014 “Ketamine, given intravenously, might be the most important breakthrough in antidepressant treatment in decades.” Other studies on Ketamine have shown it is effective as an analgesic for acute pain, improves chronic pain, can ameliorate PTSD and play a role in managing alcohol and drug addiction.

Why Does Ketamine Work? Acute Relief and Long Term Gains

Ketamine effects on depression acutely, or in the short term, have been noted to last about one week. That’s why a course of therapy will often be one treatment a week for 6-8 weeks or 2-3 treatments a week for 2-3 weeks. After a course of treatment, patients move to maintenance therapy requiring an infusion anywhere from every 1 to 6 months. How can a medication that works for 7 days provide longer-term remission of depression?

Ketamine has multiple effects on neurons in the brain. In the acute phase, Ketamine blocks NMDA receptors of neurons and GABAergic interneurons to enhance Glutamate release into synapses, the connections between neurons, and uptake by the receiving neuron. Glutamate, in turn, activates connections in another receptor, the AMPA receptor. The blockage of NMDA and activation of AMPA leads to the release of other molecules that help neurons communicate with each other. This increase in Glutamate activity is likely the source of acute relief of depression and suicidal ideation. 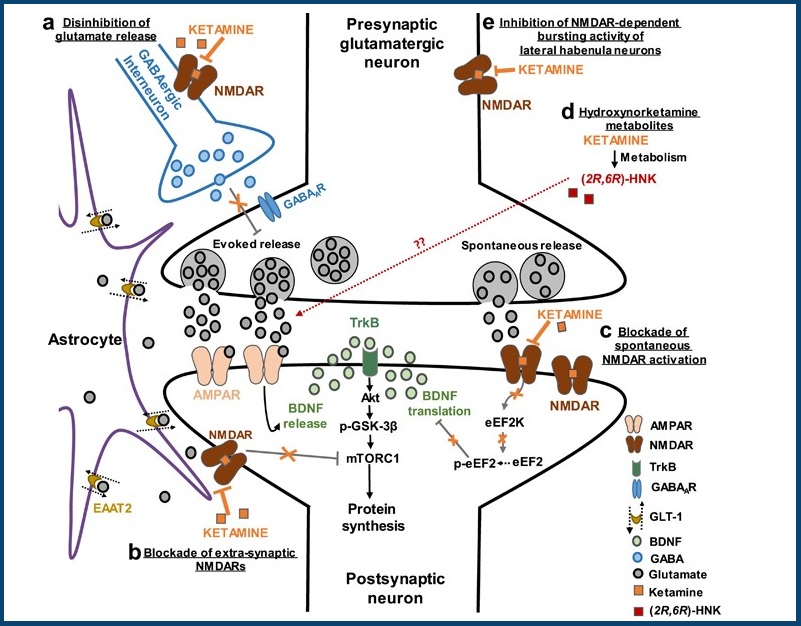 While Ketamine is working to acutely enhance Glutamate transmission between neurons it also increases the production of Brain-Derived Neurotrophic Factor or BDNF. BDNF is involved in neurogenesis, dendritogenesis, and synaptogenesis, the Trigenesis.

When neurons are bombarded with signals indicating fear, depression, anxiety and pain some neurons become exhausted and die. Dendrites, the hairlike projections on neurons that connect with other neurons through synapses become thinner and less dense in patients with depression. Ketamine, thru BDNF, reverses these deleterious processes and promotes: 1) An increase in the number of neurons or neurogenesis 2) An increase in the thickness and density of dendrites or dendritogenesis and 3) An increase in the connections between neurons, or synaptogenesis.

This increase in neurologic connections provides a scaffold for ‘rewiring’ the brain with healthier and more numerous connections between neurons that can positively affect mood, thought patterns, perhaps even cognition. Through Trigenesis, the acute relief of depression or pain can translate into longer term remission of symptoms allowing for maintenance therapy with Ketamine. 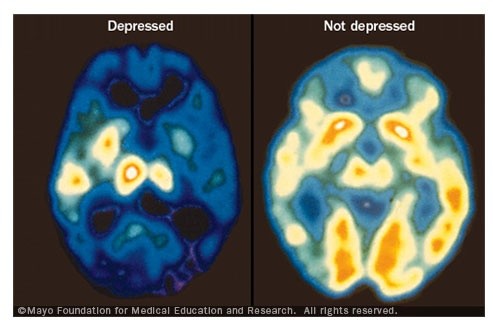 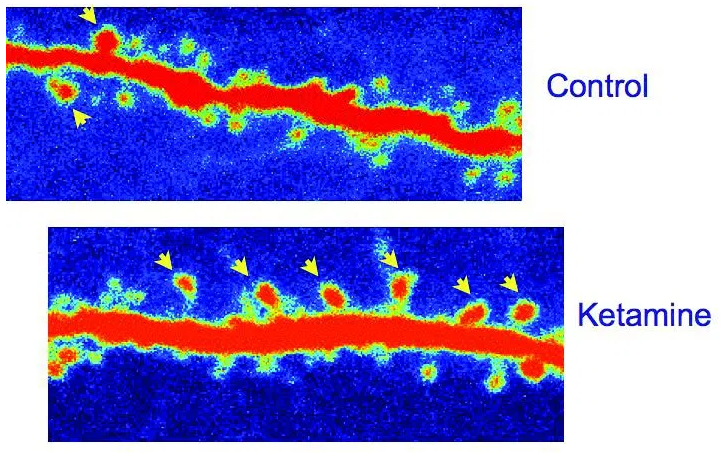 The Ketamine Experience at Synergy Wellness

The founders of Synergy Wellness and providers of Ketamine are Board Certified Emergency Physicians well versed in providing this medication to patients through decades of experience in the ER. They have been providing Ketamine infusions at Synergy Wellness for the past two years with many great success stories.

The first time a patient arrives at Synergy Wellness for a Ketamine infusion, they will be thoroughly evaluated to make sure they are an appropriate candidate. Contraindications to Ketamine include uncontrolled hypertension, active psychosis (hallucinations and delusions), history of increased intracranial pressure and unstable cardiovascular disease.

Once a patient is thought to be a suitable candidate, the patient can have their first infusion that day (must be NPO, nothing by mouth that day) or scheduled for a later time. Ketamine is provided at low doses through an intravenous infusion over 45 minutes (depression) to 90 minutes (chronic pain). The patient relaxes in the infusion room in a leather recliner while a nurse starts an IV, hooks the patient up to a monitor and readies the medication. After confirming dosing with the physician, the nurse starts the infusion in a darkened room with a warm cozy blanket covering the patient if they desire. Many patients will bring their own music to listen to during the infusion. Vitals signs and the patient’s mental status are checked regularly by the nurse. Ketamine is known to increase blood pressure during the infusion by up to 20% which is why uncontrolled hypertension is a contraindication. Ketamine has no long term effect on blood pressure. The patient can expect to see wavy lines or even mild hallucinations during the infusion but as this is a subanesthetic dose of Ketamine, should never lose consciousness or be unable to respond to simple verbal communication. Occasionally, patients have nausea which can be quickly improved with a dose of Zofran given through the IV after consultation with the physician.

After the infusion is complete, the physician checks the patient to make sure there are no concerns and that they have returned to their baseline mental status. The patient is then discharged to the care of their prearranged driver. Even though the medication is largely cleared after the infusion, this is not the day to be driving or making weighty financial decisions. The clinic staff then bids the patient adieu until the next scheduled treatment.

Call Synergy Wellness at 256-759-9167 to find out more information and schedule your evaluation! 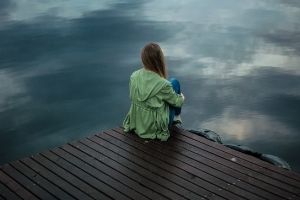 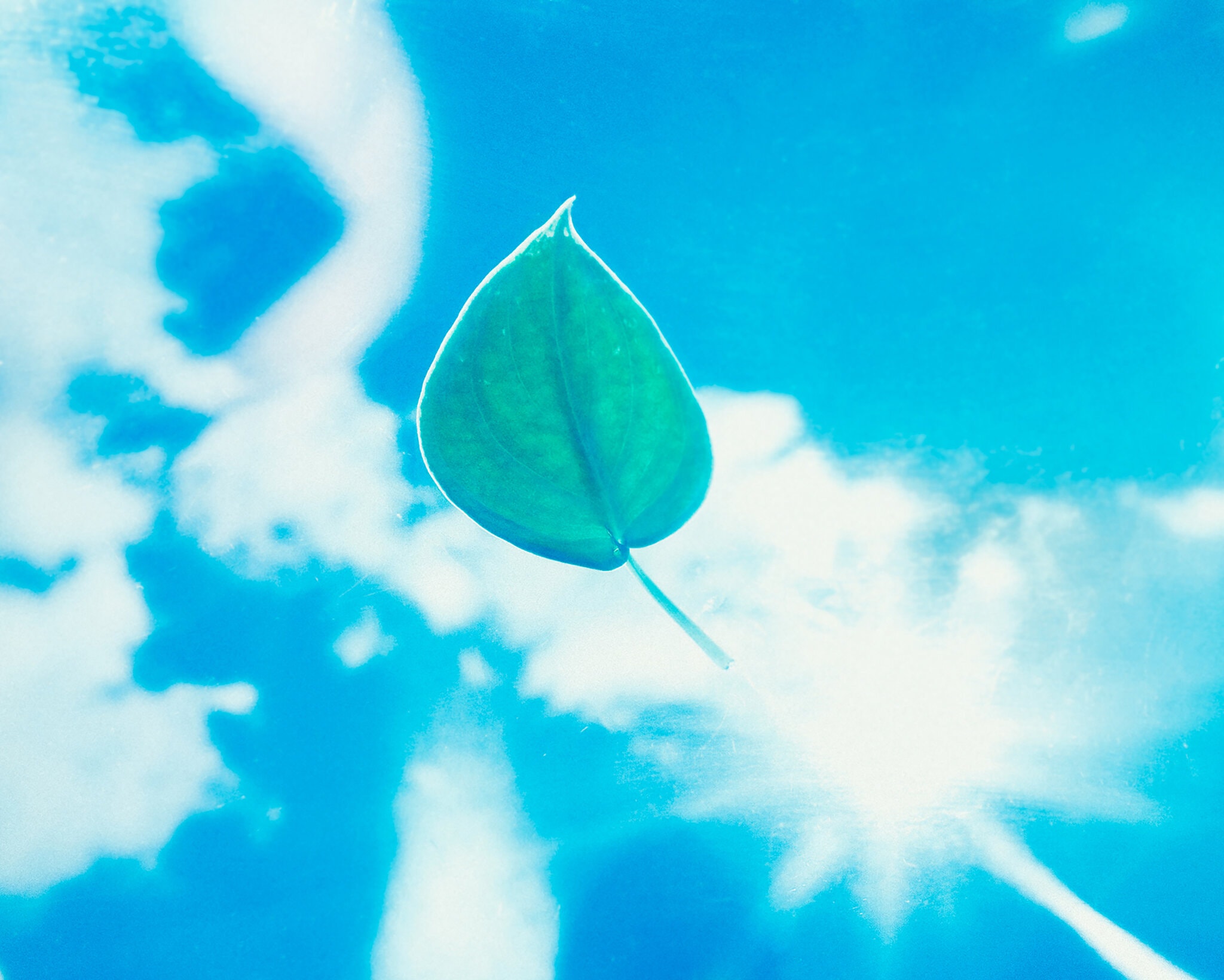 I Was Paralyzed by Severe Depression. Then Came Ketamine. 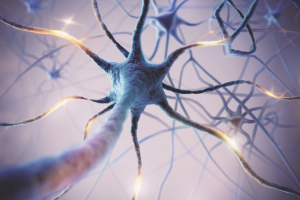 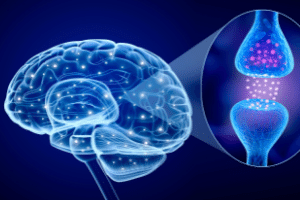 The Shape of Discovery: Ketamine for Treatment Resistant Depression 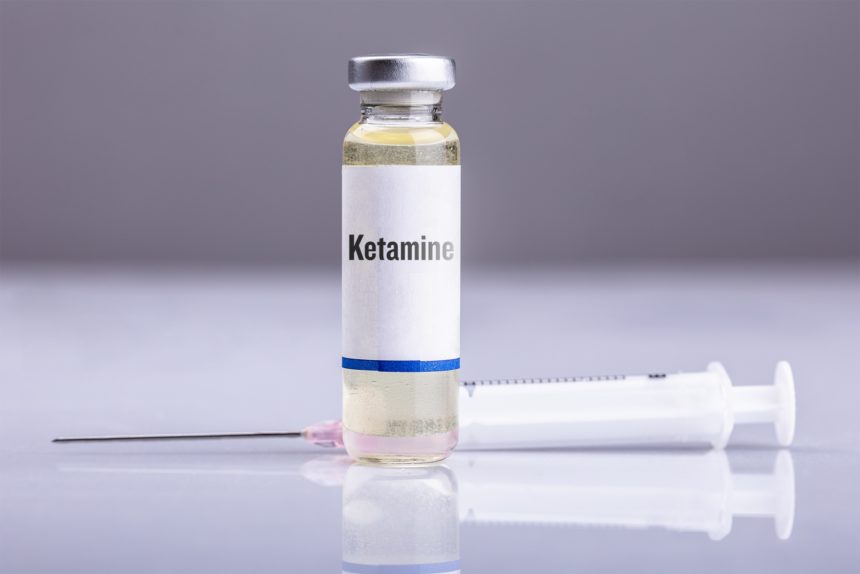 Ketamine: A Promising
Novel Therapy for Anxiety and PTSD 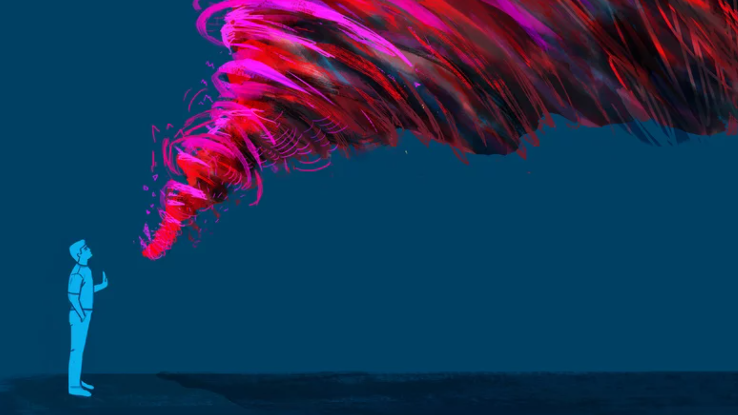 From Chaos To Calm: A Life Changed By Ketamine 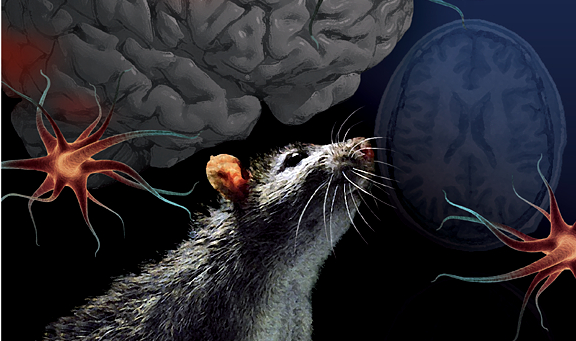